Following up on our first note that addressed the roots of Islamophobia, an extended version of which was published in Duke University’s online news, we again turn our attention to how ING is responding and for whom.

We first addressed bullying prevention of children in schools. Today we address developing cultural competency for professionals and service providers. Developing Cultural Competency: ING’s
Training for Police and Other Professionals

Asked to rate on a scale from 1 to 4, with 4 the highest rating, how well the ING seminars addressed cultural competency skills, participants responded with a consistent 4.

Muslim appreciation for law enforcement goes deep into Islamic tradition. Historically, law enforcement is viewed as a necessary function in society to prevent corruption while promoting peace, justice and the common good, all of which are primary Muslim values.

Unfortunately, however, a few law enforcement agencies around the country have manifested attitudes and engaged in practices that have alienated Muslim communities. Instead of seeing American Muslims as their strongest allies in the fight against terrorism, some agencies have treated the whole Muslim community as suspect, breaking the trust that effective law enforcement requires. Perhaps the most notorious example of this was the New York Police Department program, now suspended, of surveillance and infiltration of Muslim community institutions and businesses.

Such attitudes on the part of law enforcement become understandable in light of some of the training given to law enforcement personnel. A few years ago, investigations revealed that FBI agents were being trained with material from professional Islamophobes like Robert Spencer, and that many local law enforcement agencies were following suit. Under the guise of “training about Islam,” agents and police were taught such bigoted misinformation as the following:

While the use of such inflammatory materials has been curbed, at least in the FBI, this problem shows why ING’s cultural diversity training for law enforcement is so necessary. ING not only provides a discussion of the plurality of Muslim cultures in the United States and around the world but also shows how to deal sensitively and effectively with the diversity of Muslim community members, while giving personnel the experience of face-to-face interaction with Muslims, the most effective way to break down prejudice. 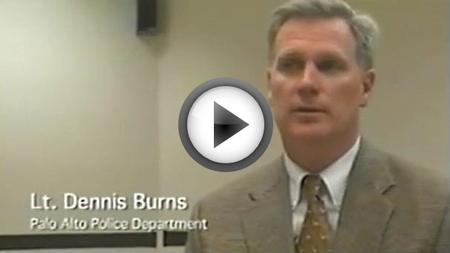 And law enforcement is not the only group for which ING offers training. ING cultural diversity seminars are also available for health care, corporations, and educators.

As ING continues its work of creating a more hospitable world for Muslims and adherents of all religions or none, we need your support. Sharing in this holy month of Ramadan brings many blessings.