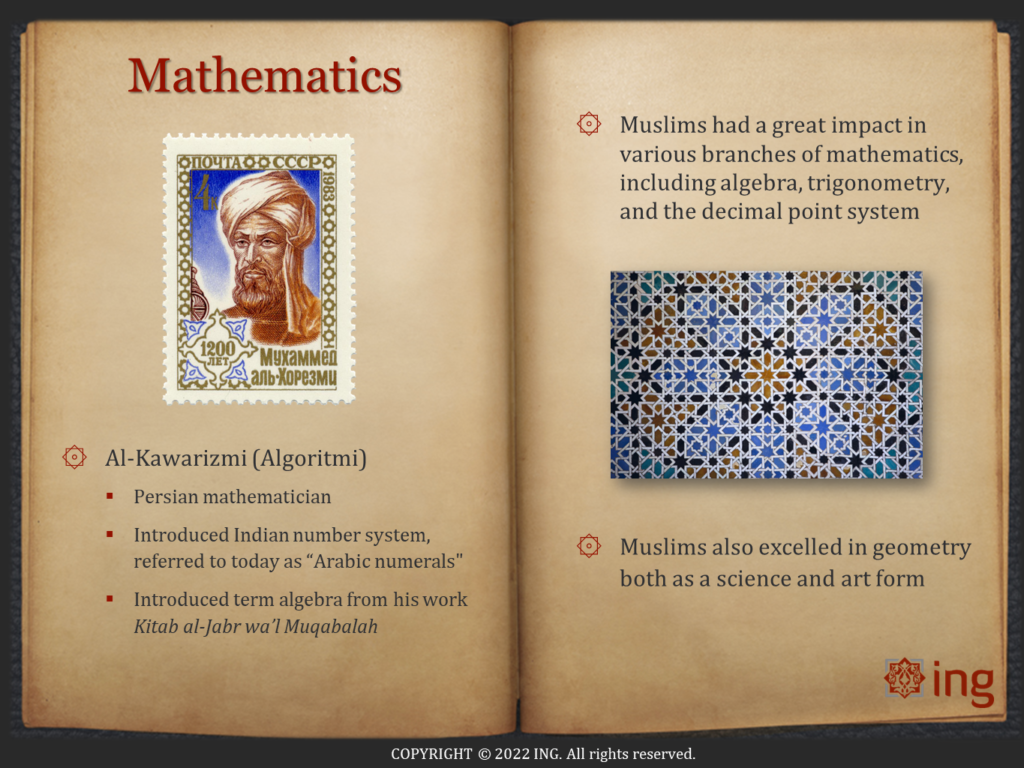 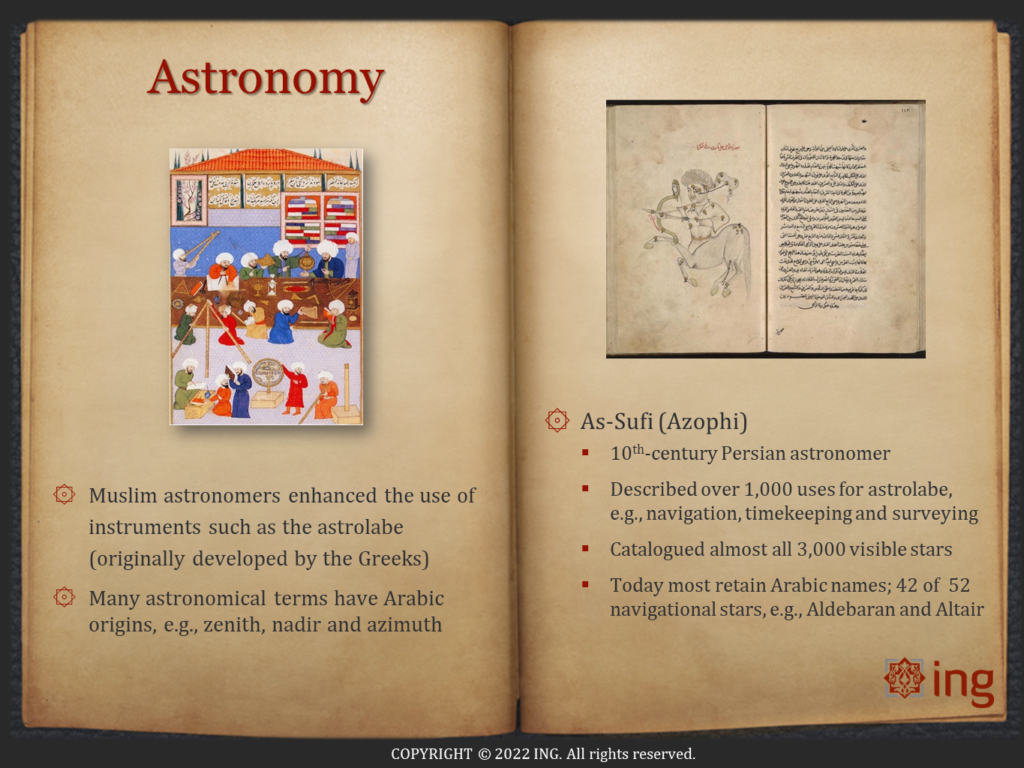 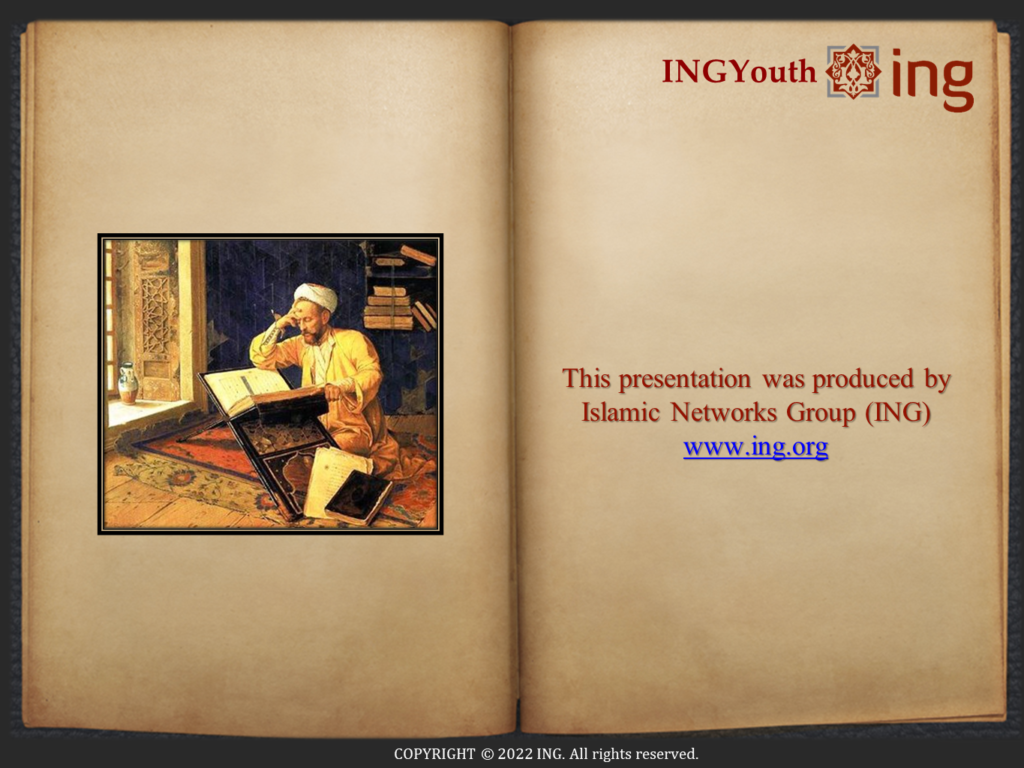 Muslims are an important part of the social fabric of America. The following brief overview introduces audiences to Many different peoples and cultures have contributed to world civilization, and it is important to acknowledge all of them. Contributions made by Muslims, particularly those made during the Golden Age of Islam in medieval times, have often failed to be fully recognized and acknowledged. The slides below offer a small glimpse at some of this often-ignored history, including some of the areas where Muslims made significant contributions, including art, architecture, science, math, medicine, astronomy, chemistry, physics, navigation, geography, literature, and philosophy, among countless other fields.