Home » Schedule Speakers » Educational Presentations and Panels for Schools and Community and Civic Groups » Supplementing Education about Muslims, their Faith and Perspectives

Supplementing Education about Muslims, their Faith and Perspectives

Listed below are the titles of the various presentations that ING offers along with a brief description. Presentations are available in 45-to-90-minute formats.

To schedule a presentation, complete the form at the bottom of this page. Please allow two weeks’ advance notice for scheduling, and at least 45 minutes for a presentation to allow time for questions and answers. If your request is less than two weeks away or if you have questions about our online scheduling system, please feel free to contact us at 408-296-7312 extension 160 or email [email protected]. 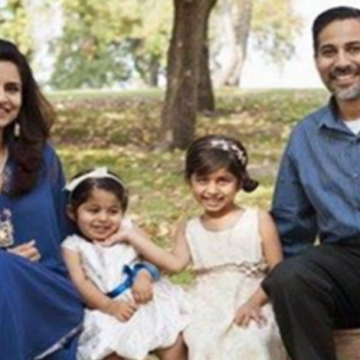 Getting to Know Muslim Americans and Their Faith

This presentation begins with basic terminology and demographics of Muslims in the United States and the world, followed by a brief history of Muslim Americans and notable figures today in various sectors, including entertainment, academia, and government. It then provides an overview of traditions and practices of Islam including major Muslim holidays. It also addresses Islamophobia and its impact as well as common misconceptions about Muslims and their views of other religions, including Judaism and Christianity. Our approach in this conversation is non-essentialist, taking into consideration the vast diversity of Muslims in the United States and around the world. Most Americans are unaware of the long history of Muslims in the United States. This presentation covers that history beginning with the substantial and documented presence of Muslims among enslaved Africans in the Americas. It then describes the rediscovery of Islam among African Americans in the 20th century as well as among Latinos and Whites. It also highlights Muslim influences on American culture including in music, cuisine, and architecture, and the successive waves of immigration that brought Muslims to our country beginning in the late nineteenth century. The presentation concludes by highlighting notable Muslim Americans today. A majority of Americans are unaware of Muslim influences in our lives, from foods and drinks we all enjoy such as coffee and hummus, to algebra which we all struggle with. This presentation shows how Muslims have both been influenced by and contributed to other cultures in numerous ways. Particularly during the medieval Golden Age of Islam, Muslims made major contributions in diverse fields, including art, architecture, music, mathematics, medicine, astronomy, philosophy, and literature, as well as in hygiene, cuisine, clothing, and furniture. 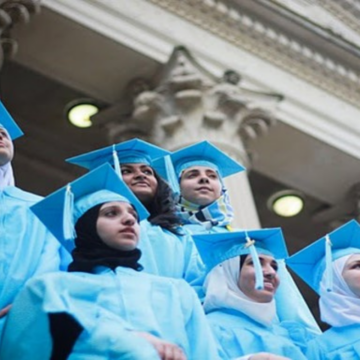 Muslim Women Beyond the Stereotypes

The role of Muslim women and Islam’s view of women is one of the most widely misunderstood and misrepresented aspects of the religion and its practitioners. This presentation describes the diversity of the lived experiences and statuses of Muslim women today throughout the world, and highlights examples of notable Muslim women in various fields, including over a dozen female heads of state. It also describes normative Quranic and prophetic teachings about the roles and responsibilities of Muslim women and explains issues such as the headscarf and gender relations.

Islamophobia and Its Impact

This presentation begins by defining and examining both historical and contemporary sources that contribute to Islamophobia, including colonialism, orientalism, racism, and religious and ethnic nationalism. It then looks at how Islamophobia manifests in both Western and non-Western nations. It then examines Islamophobia in the United States and the many ways it is disseminated, including through the media, Hollywood, politicians, the internet, social media, and video games. It describes the impact of Islamophobia on Muslims in schools, the workplace and other institutions and concludes with strategies for countering Islamophobia through education and interfaith engagement. This presentation is available in one-to-four-hour formats and more suitable for high school and university level classrooms as well as other adult settings. This presentation provides an overview on the topic of Ramadan and fasting, including a description of the month and the lunar calendar, the purpose, and goals of fasting, how the fast functions, a look at a typical day in the life of a fasting person, and exemptions from fasting. The presentation also describes some of the challenges for fasting students and employees and how best to accommodate them and concludes with a description of the holiday when the end of the fast is celebrated, Eid ul-Fitr. ING provides diversity training that can be included in your long-term DEIB (Diversity, Equity, Inclusion and Belonging) programs in your organization. Our trainings are specifically tailored for the following professional groups:

Use This Form to Schedule a Presentation