“I also have a 14-year-old son…and I’m angry that this could happen to him.” 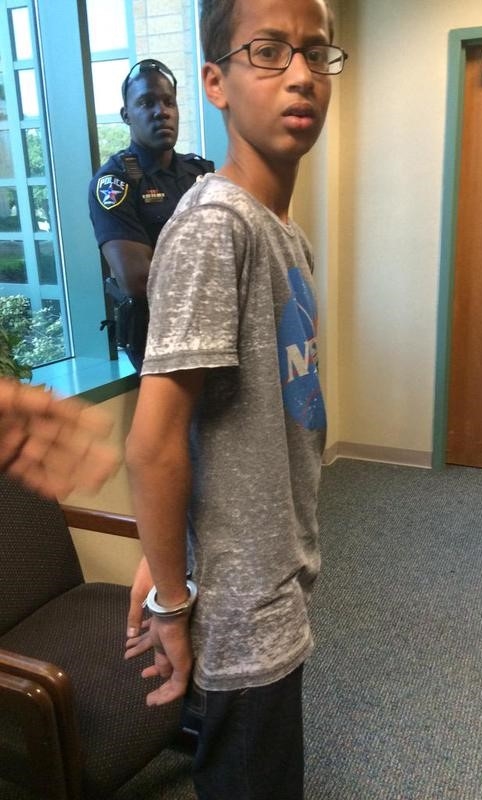 By now, you must have heard about Ahmed Mohamed, the 14-year-old Texas student who was arrested by police for bringing a homemade clock to school that was mistaken for a bomb.

I also have a 14-year-old son in his first year of high school, and as a mother, I am angry that this could happen to anyone’s child. But as an ING speaker and Content Director who works with our Affiliates all across the country, I am not at all surprised. I am continuously confronted with the kinds of stereotypes and bigotry that can lead to bullying and discrimination against our children.

We must do more to prevent these types of incidents against any student. If you have children in public schools, you will want them to know about ING’s wide selection of presentations and interfaith panels for students as well as online curriculum and cultural diversity training for educators and school staff.

We sent the note below to educators across the country today. Please forward this information to other parents as well as to your children’s teachers.

Consider supporting our important work across the country by donating online.

If you live in the Bay Area, attend one of our upcoming supporters dinners.

Ahmed Mohamed: No child should be treated
differently because of his or her religion

On Monday morning, a ninth-grade student in Irving, Texas, was arrested and sent to juvenile detention after bringing a homemade clock to school. Ahmed Mohamed, a 14-year-old Muslim student at MacArthur High School, is passionate about science and linked together a circuit board, power supply, and digital clock display inside a pencil case. Hoping to impress his instructors, he brought the device to school, but, upon revealing it, was pulled out of class and taken to the principal’s office. Ahmed was then questioned by five police officers who demanded to know why he brought the device into school and what, in fact, it was. Despite his constant assurance that it was not a weapon of any kind, Ahmed was led out of his school in handcuffs by police officers and moved to a detention center to have his fingerprints taken. Read this article in Time Magazine for more details.

While he was quickly vindicated and celebrated by President Obama, Mark Zuckerberg, the Massachusetts Institute of Technology, and many others on social media, this case raises the important question: how many other Ahmeds are out there whose cases did not receive the same attention and resolution? How many young, brilliant minds are suffering silently without even their families knowing the bigotry they experience from fellow students or faculty?

Such situations do not arise in a vacuum. With the incessant stream of negative media images of ISIS and other extremist groups and the relentless demonization of Muslims by media and political leaders nationwide, it is not surprising that some educators and school staff have the same negative perception of Muslims as the general public. According to many polls, this perception has grown dramatically worse in recent years, with Arabs and Muslims having the highest unfavorable and the lowest favorable ratings of any religious or ethnic group.

This is why it is so important for school faculty and staff to gain a perspective about American Muslims that is not based on the media’s misrepresentation. At ING we have been educating about American Muslims and their faith for the last 22 years in middle and high schools as well as colleges and universities. We offer a wide selection of presentations and interfaith panels for students as well as online curriculum and cultural diversity training for educators and school staff that describes the religious beliefs and practices of and common challenges faced by Muslim students.

Together, we can ensure that a case like Ahmed Mohamed’s will never happen again and that school can be a safe place for every child.